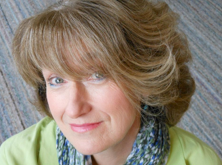 Marjorie Simmins is the award-winning author of Coastal Lives, a memoir about living on Canada’s East and West coasts. Published by Pottersfield Press in 2014, the book has received excellent reviews and was selected a “must-read” by Atlantic Books Today.

Marjorie Simmins’ other writing includes reportage, articles, memoirs, and evocative personal essays. She has also written book reviews and profiles. Her essays have appeared in numerous provincial and national magazines, including Canadian Living, Magazines Canada, Halifax Magazine, Progress, Atlantic Business  and Saltscapes, and she has also published in newspapers from coast to coast, including the Halifax Chronicle Herald, Montreal Gazette, Toronto Star, Vancouver Sun and the National Post.

Simmins’ most recent anthology contributions are to Salt Lines, published by Backalong Books, 2012; and to the bestseller, Untying the Apron: Daughters Remember Mothers of the Fifties, published by Guernica Editions, 2013, and to Nova Scotia Love Stories, published by Pottersfield Press in 2015.

A former commercial and sport fishing journalist on the West Coast, Marjorie Simmins has a Bachelor of Arts in English Literature from the University of British Columbia and a Certificate in Adult Education from Dalhousie University. In 2011, she completed a Master of Arts, Research in memoir studies, at Mount Saint Vincent University. Based in Halifax since 2006, she continues to work as a freelance writer, primarily for magazines, and to teach memoir writing at venues around Nova Scotia.

Simmins is also available as a keynote speaker and is known for her lively and amusing readings. Her areas of expertise include writing and women’s health, memoir writing, dogs, coastal lives, coastal fisheries, and the equestrian world. She is happy to tailor-make a speech for maximum entertainment and knowledge.