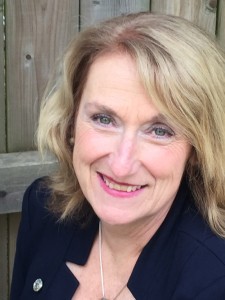 Marjorie Simmins is the author of Coastal Lives, a memoir about living on Canada’s East and West Coasts (2014), and Year of the Horse (2016), which details her life with horses in British Columbia and Nova Scotia. In the spring of 2020, Simmins’ third non-fiction book, Memoir: Conversations and Craft (2020) was published.

Simmins began her career as a freelance journalist in Vancouver, appearing regularly in the Vancouver Sun and writing for trade magazines. She also published numerous essays and articles in magazines and newspapers across Canada, and in the United States, and has stories in Canadian and American anthologies. She has won a Gold Medal at the National Magazine Awards for “One-of-a-Kind Journalism,” and two Gold Medals at the Atlantic Journalism Awards for best Atlantic Magazine Article, and in Arts and Entertainment, Any Medium.

Among the magazines Simmins has written for are: Canadian Living, Magazines Canada, United Church Observer, Halifax Magazine, Progress, Atlantic Business, and Saltscapes. She is a regular reviewer for The Antigonish Review and Atlantic Books Today. She has also written feature interviews for The Reporter, the community newspaper in Port Hawkesbury, NS.

Marjorie Simmins has a Bachelor of Arts in English Literature from the University of British Columbia, a Certificate in Adult Education from Dalhousie University, and a Research Master of Arts in Literacy Education, at Mount Saint Vincent University. She teaches memoir writing across Canada, at venues such as at the UBC Alumni Centre, in Vancouver, BC (2016); at StoryFest, in Hudson, QC (2017); at Thinkers Lodge, Pugwash, NS (2014-2019); and the Fortress of Louisbourg, NS (2019). In September 2020, she took part in the Cabot Trail Writers Festival.

In November 2020, she was awarded the prestigious Established Artist Recognition Award by Arts Nova Scotia.

Simmins’s fourth title, Somebeachsomewhere: The Harness Racing Legend from a One-Horse Stable, is scheduled for publication in the spring of 2021, with Nimbus Publishing.